Each episode runs for just 15 minutes. And in those 15 minutes, you will get a glimpse of how the studio used CGI-format animation but in Anime styling. We must say that animation-wise this series doesn’t do it well, but the sex scenes are still great. That is why we are still recommending this series, of course, if you want to fap off to something.

The businessman couldn’t help but lust over her. He was already hoping that one day he will get to marry a girl who looks like that. Props to the animation studio though, for still getting the character’s body right! The schoolgirl on the other hand, always dreads the train ride because she can’t count how many times she was molested already because of her body. She hated it. So she wasn’t surprised when this businessman she sees on the train every day made a move to molest her.

When he did, to his surprise, she didn’t care. She even let him take her to a love hotel. This was the first time the schoolgirl was having sex with her consent. And she also thought that maybe this is what sex should feel like. He devoured her body. He touched every part from her tits down to her ass. She felt pleasure like never before.

On top of it all, he liked the schoolgirl. He liked that she was very family-oriented and that she had a pleasing personality. Not to mention that she acts like a little slut only for him. He always had his way with her. They end up falling in love and getting in a relationship – so expect that the scenes after that are even more great sex scenes! 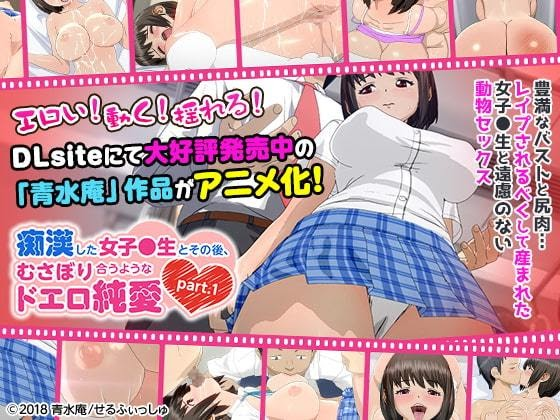 Watched this already? Share your own review in the comments below!

Watch all episodes for FREE here: